What began as an artist's dream in 1936 stands today as a world renowned garden. Douglas Chandor, an Englishman who came to this country in 1926, established himself as one of the great artists of the 20th century. His portraits of President Herbert Hoover, President Franklin Roosevelt and Winston Churchill are among five of his paintings exhibited in the Smithsonian's Nation Portrait Gallery. 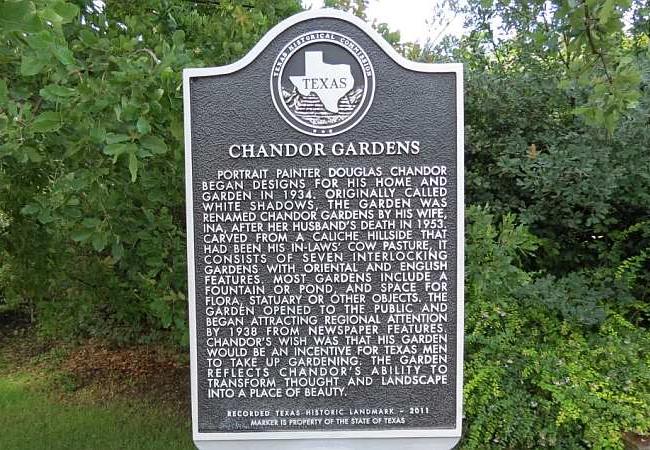 Following their marriage in 1934, Douglas Chandor and Ina Kuteman settled in her hometown of Weatherford Texas. The couple began their home and surrounding gardens, which they named White Shadows, on family ground in 1936. A cactus covered, caliche hillside evolved into a series of "garden rooms" featuring English and Chinese motifs. When questioned about his passion for gardening, Douglas would reply that he was given the skills to paint in order to build his garden. 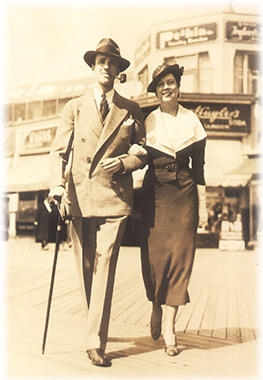 White Shadows flourished under Douglas' care for 16 years until his death in 1953. As a tribute to her husband, Ina changed the name to Chandor Gardens and kept it open to the public until 1978 when she passed away. For the next 16 years the garden fell into a state of neglect. In 1994 Melody and Chuck Bradford purchased the gardens and spent over a year just cleaning and repairing the 3.5 acre garden and adjoining home that once served as Chandor's art studio. After the initial clean-up they set to work lovingly restoring the home and gardens. Soon, they were hosting weddings and garden tours, resurrecting Douglas' dream of sharing the garden with the world.

The City of Weatherford acquired Chandor Gardens in 2002.